Sorry, this entry is only available in English.) English For the sake of viewer convenience, the content is shown below in the alternative language. You may click the link to switch the active language.

Now that the weather gets colder and swimming is for the brave of heart, how about a dive into the past? Enter the glorious world of ancient Santorini and admire priceless artifacts that have been found on the island since the Prehistoric Thira era. Learn about the cultural heritage of Santorini and discover a new aspect of the island, besides the prehistoric settlement, the Caldera, the beaming sunsets, the white houses and the beautiful shores. Explore the best museums of Santorini and travel back in time! The Historical and Cultural Archaeological Museum of Santorini was originally built in 1902, however due to an earthquake in 1956 it was destroyed and then rebuilt in 1960 by the Ministry of Public Works. There are many outstanding archaeological finds from excavations on the island on display at the museu, such as sculptures & inscriptions from the Archaic to the Roman period and vases & clay figurines, dating from the Geometric to the Hellenistic periods.

The Museum of Prehistoric Thira The finds that are on display on the Prehistoric Museum of Thira come from excavations at Akrotiri and Potamos. These artifacts are dated back to the Neolithic and Cycladic Periods and are presented to a wall painting exhibition that is structured in four units. The 4 parts of the exhibition are:

The exhibits include Neolithic, Early and Middle Cycladic pottery, Early Cycladic marble and metal artifacts and figurines, as well as fossils of plants that flourished before the human habitation of Thira and other archeological objects.

The Museum of Minerals and Fossils With its foundation in 2006, the Museum of Minerals and Fossils of the Cultural Society of Thira at Perissa, attracted great attention due to its valuable display cases that include minerals and fossils from Thira, the rest of Greece and abroad and are connected to the evolution of life on this planet. From the exhibits, the ones that are most known are plant fossils from olive, gorse and palm trees that come from the Caldera of Santorini (dating back to 50,000-60,000 years from today). Worth mentioning is the fact that the museum’s oldest exhibit dates back 1.5 billion years from now and the most recent dates back 50,000 years. The Cultural Center ‘Megaro Gyzi’ was founded in 1980 in order to enhance the cultural background of the residents of Thira . The building of megaro Gyzi is one of the few 17th century family mansions that survived the 1956 earthquake and was restored and donated by the Catholic Diocese of Santorini to house the Cultural Center. The museum features collections of authentic engravings, old historical manuscripts,  paintings of Santorini, old photographs and others.

It is worth noting that from the 1st to the 31st of August annually, a festival is organized by the Cultural Center ‘Megaro Gyzi’, including music concerts and painting exhibitions of well-known artists. Located at a natural cave and 6 meters below the ground, the Wine Museum was established in1880 from the Koutsogiannopoulos family and it presents the history and life of the wine from 1660 to 1970. You can tour through the winery, have a taste of their exquisite products and enjoy a film of the history of Santorini from 1500 BC till the present day and the evolution of wine production in Santorini.

The museum of the Icons & Relics Collection of Pyrgos can be found in Agia Triada, which was originally a Catholic church that belonged to a small convent. It contains a collection of priceless hagiographies, wooden sculptures, metal art works & other items for ecclesiastic use, while embroideries, canonicals, holy books and brassware items embellish the collection and most of the exhibits date back to the 17th and 18th century. It also hosts displays on shoemaking, printing, candle making, wine making and typical local food. The George E. Argyros Mansion was built in 1888 by the landowner and wine merchant George Argyros. It is one of the most distinguished recent monuments of the island of Santorini with its morphological and its architectural value that combines the traditional architecture of Santorini with elements of eclecticism. During the 1956 earthquake, the whole building suffered damages and its south east corner collapsed along with the main hall’s roof. After its restoration, all the furniture and utensils on upper floor were conserved and attended to as in a museum, while the ground floor serves as a five star hostel and there are guided tours for the public on the upper floor. The Lignos Folklore Museum, built in 1861 in Kontochori by Emmanuel A. Lignos, is set in a cave house. The museum is an old winery with workshops for carpenters, barrel makers, shoemakers and tinsmiths and an art gallery. The exhibits include: The Naval Maritime Museum is situated at an 19th century restored mansion and has on display exhibits from the contribution of the Thirans to the Hellenic Navy. Visit the museum and come across many rare figureheads, old maritime equipment, models of old and new Thiran ships, acquarelles featuring old sailing vessels as well as rare photographs as well as a library.

History is a very important part of Santorini and it would be a pity to surpass it. Enjoy the travel back in time and let the Thirans guide you through their past.

Please Share This
Related Posts
Santorini: the top island in the world!
Travel+Leisure, the renowned travel magazine that awards the best in tourism and travel industry, ranks… 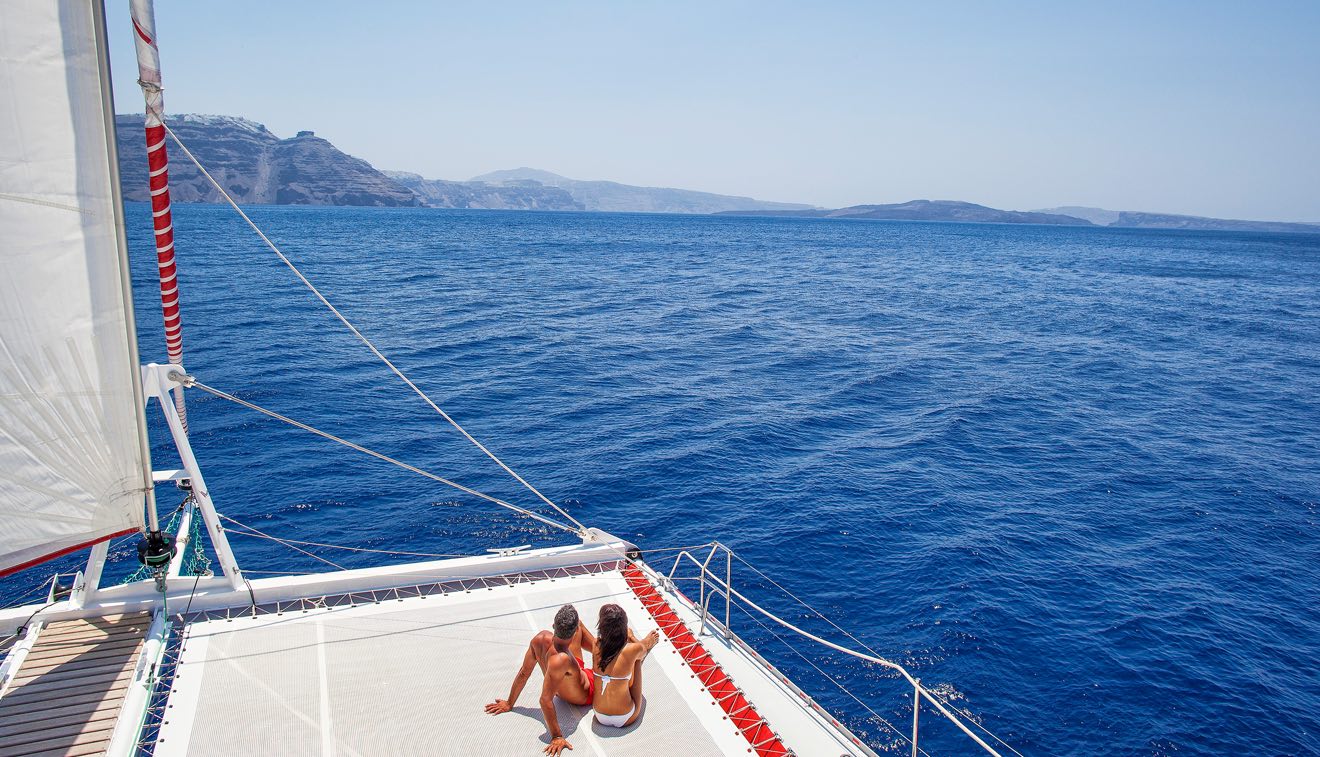 Santorini Boat trip: What not to miss
Sorry, this entry is only available in English.) English For the sake of viewer convenience,…
Our concierge suggests: Experience the ultimate of modern gastronomy at Canaves Oia
Experience collectors, indulge your palates with exceptional tastes fusing flavors and aromas of the Greek…