Quest for the Atlantis

You have heard the myth, you have read the stories but you are still not certain about the actual location of the Atlantis. What if the Atlantis was never real, what if it was indeed invented by Plato? But what inspired Plato to come up with such story? Maybe something significant, some extraordinary event that was worth expanding on, a geological wonder such as the eruption of Santorini in 1640 BC.

Existing archaeological findings in Thera clearly prove the existence of a flourishing community, a community of wealthy people with mighty powers. According to the story, the Atlantians used their power to cause the disruption of the known world, challenging the Gods to punish them for their behaviour. The Gods warned them but the Atlantians knew no mercy, so the Gods took things in their hands. In one day and one night, after severe weather conditions, the Atlantis was once and forever lost.

During excavations on the island of Santorini and Thera no human remains were found, proving once again that the inhabitants were warned to leave the island before the eruption.

True or false, it is now the time to see for yourself. Embark on a quest for the Atlantis to the island of Santorini and seek the evidence that supports the story. Seek the luxury that the island is well known for since antiquity and dive into the mythical past.

Take in the volcanic scenery as you immerse at Canaves Oia Hotel in Santorini, unwind at your own luxury suite and enjoy the most majestic sea and caldera view at one of the finest luxury accommodations in Oia.

The spellbinding ambiance of Santorini allows you to live a myth of your own. Maybe the Atlantis was never meant to be found. Maybe a new myth awaits you!

Santorini in Lyrics
(Source: Pinterest, Creg Herriman) The majesty, the beauty, the dramatic essence of Santorini can only… 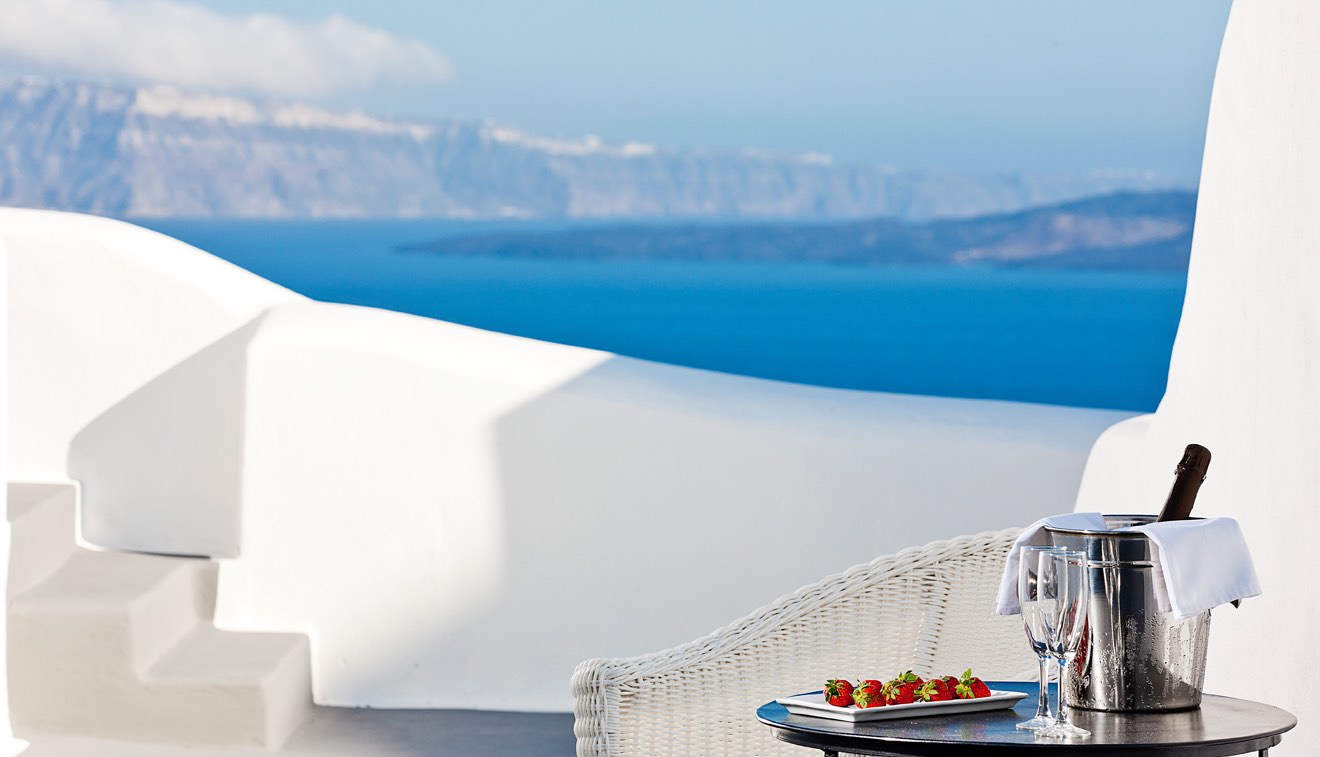 You spoke…we listened…Hotel Renovation is finished!!!
Canaves Oia Hotel went through a major renovation during the winter of 2013. Rooms have…
Fashion is Always Present in Santorini
(Source: Pinterest, Danielle) Chic and minimal, like the very essence of Santorini, fashion lands again…